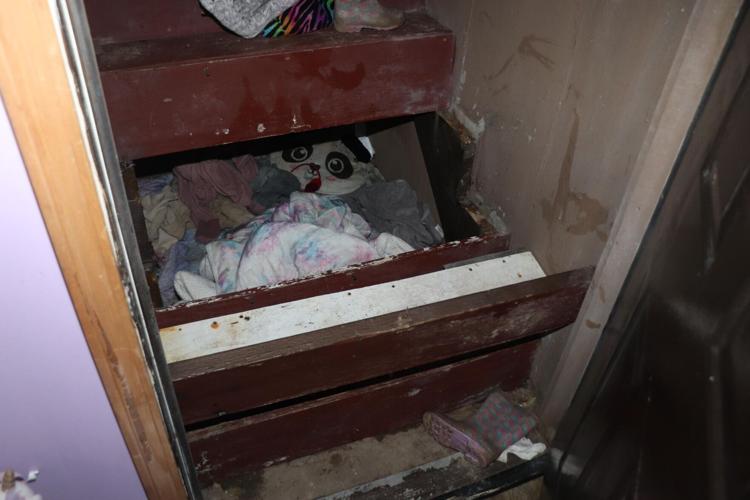 A New York girl reported missing in 2019 when she was 4 years old was found alive this week under a wooden staircase in a home that officials had visited several times while investigating her disappearance, authorities said Tuesday. 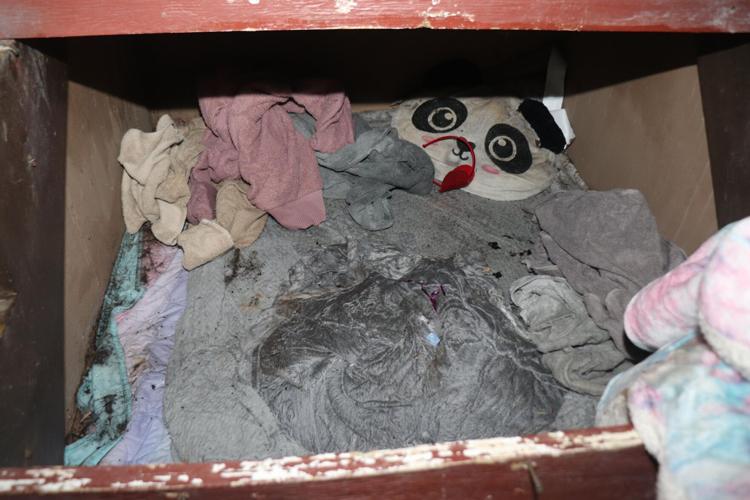 Police said the secret location underneath the stairs to the basement appeared to have been built to hide the girl.

A New York girl reported missing in 2019 when she was 4 years old was found alive this week under a wooden staircase in a home that officials had visited several times while investigating her disappearance, authorities said Tuesday.

Police said the secret location underneath the stairs to the basement appeared to have been built to hide the girl.

A child who was reported missing in 2019 when she was 4 years old was found hidden under a wooden staircase with her non-custodial mother, in a home officials had visited several times while investigating her disappearance, authorities said Tuesday.

The child, Paislee Joann Shultis, now 6, was reported missing on July 13, 2019, from Cayuga Heights, a village on the outskirts of Ithaca, New York. At the time, she was believed to have been abducted by her noncustodial parents, Kimberly Cooper and Kirk Shultis Jr., police said in a news release.

Paislee was found Monday when investigators spotted "a pair of tiny feet" in a secret space under wooden steps leading to a basement.

In the basement of the house, detectives searching for the girl found an apartment, including a bedroom with Paislee's name on a wall, Saugerties Police Chief Joseph Sinagra told CNN Wednesday. The bed appeared to have been slept in.

"Our officers asked, 'Is she here?' ... And they denied that anybody was living in that house, in that particular room," the chief said in an interview. "They said they had set the room up like that in the event that Paislee should ever return."

Throughout the 2.5-year investigation, authorities received several tips about the Saugerties-area home where the child was eventually located -- but each time, the residents denied knowing anything about the girl's whereabouts, the release said. The town of Saugerties is about 160 miles east of Cayuga Heights.

"Each time, we were met with resistance from the occupants of the residence. We were told that the child was not there, that we were only harassing the family," Saugerties Police Chief Joseph Sinagra told HLN in an interview on Tuesday.

Sinagra told CNN Wednesday that officers previously had been in the home roughly a dozen times but were not allowed in the basement or bedroom areas.

On several occasions, investigators were allowed into the home without a warrant, but they were given "limited access" by Kirk Shultis Jr. and Kirk Shultis Sr., the release added.

That changed Monday when police received information the child was being hidden and got a search warrant for the home. Police executed the warrant a little after 8 p.m., the release said. The homeowner denied knowing the girl's whereabouts, saying he had not seen her since she was reported missing in 2019, the release added.

Something peculiar in a staircase

An hour into the search, one detective noticed the steps leading to the basement were oddly constructed. The detective, Erik Thiele, pointed a flashlight through a crack in the wooden steps and saw what seemed to be a blanket, the release said.

Investigators removed several of the steps, the release added, and "that is when detectives saw a pair of tiny feet."

A door in Paislee's basement room led directly to the secret compartment under the stairs -- about three to four feet away, Sinagra said.

"The child and her abductor, Kimberly Cooper were found hiding in the dark and wet enclosure," the police release said. Authorities believe Cooper and the child had been staying at the home since they disappeared in 2019, Sinagra said, adding the staircase appeared to have been built to hide them both.

"It is our opinion ... that, that location was used probably each and every time that we sent an officer to the residence," Sinagra said.

Cooper was charged with two misdemeanors: custodial interference in the second degree and endangering the welfare of a child, and remains in jail because of a prior arrest warrant issued through family court, according to police.

Kirk Shultis Jr. and Kirk Shultis Sr. were each charged with custodial interference in the first degree, a felony, and endangering the welfare of a child, a misdemeanor. Both were arraigned and released on their own recognizance, police said. All three defendants were ordered by the court to stay away from the child.

CNN was unable to identify attorneys for the defendants or reach the three individuals or family members for comment.

Cooper and the two men were to appear in court later Wednesday, according to Saugerties court clerk Melissa Fisher.

The child was found to be in good health and released to her legal guardian and reunited with her older sister, police said.

On Tuesday, "detectives met with the family that has the child, and she was in very good spirits," the chief said.

One last stop: A McDonald's drive-thru

The young girl was "upset and was concerned" when police first rescued her, Sinagra said.

"That begs the question, what was the child told about the police and, you know, why the police would come and take her," Sinagra said. "That's what I'm concerned about. ... And I'm sure that when she saw several of our officers, who were heavily armed ... that was somewhat traumatizing to the child."

Before she was released to her legal guardian, detectives drove the girl to police headquarters, in part so medics could examine her. As they drove, she saw a McDonald's and recalled having some a long time ago, the chief said.

"So, the detectives turned the car around and went to the drive-through at McDonald's, picked her up a Happy Meal, and brought her back to headquarters. And she was fine after that," the chief added.

An investigation is ongoing, the news release reads.

CNN's Jessica Prater and Kiely Westhoff contributed to this report.

Thank you. Your account has been registered. Check your email for details.